The Natural History Society Book Club will meet at 3:30 – 5:00 pm on Monday, March 23, to discuss Rachel Carson’s books about the sea. Choose from The Sea Around Us, Under the Sea Wind, or The Edge of the Sea. Feel free to read any (or all!) of these books, then come and share your impressions, reactions, ideas, and questions with other book club members.

Rachel Carson (1907-1964) spent most of her professional life as a marine biologist with the U.S. Fish and Wildlife Service. By the late 1950s, she had written three lyrical, popular books about the sea, including the best-selling The Sea Around Us, and had become one of the most respected science writers in America. 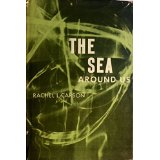 The Sea Around Us.

This classic work remains as fresh today as when it first appeared. Carson’s writing teems with stunning, memorable images–the newly formed Earth cooling beneath an endlessly overcast sky; the centuries of nonstop rain that created the oceans; giant squids battling sperm whales hundreds of fathoms below the surface; and incredibly powerful tides moving 100 billion tons of water daily in the Bay of Fundy. Quite simply, she captures the mystery and allure of the ocean with a compelling blend of imagination and expertise. 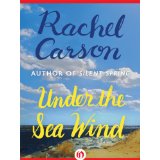 Under the Sea Wind

In her first book, Rachel Carson tells the story of the sea creatures and birds that dwell in and around the waters along North America’s eastern coast—and the delicately balanced ecosystem that sustains them. Following the life cycles of a pair of sanderlings, a mackerel, and an eel, Carson gracefully weaves scientific observation with imaginative prose to educate and inspire, creating one of the finest wildlife narratives in American literature. 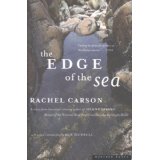 The Edge of the Sea

“The edge of the sea is a strange and beautiful place.” A book to be read for pleasure as well as a practical identification guide, The Edge of the Sea introduces a world of teeming life where the sea meets the land. A new generation of readers is discovering why Rachel Carson’s books have become cornerstones of the environmental and conservation movements.