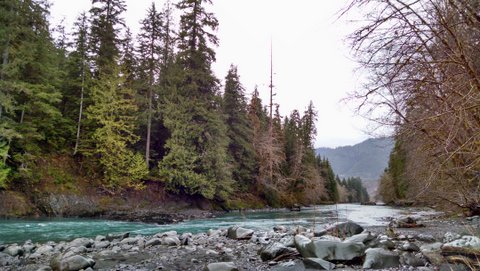 On October 6, 2016, the JLT Natural History Society sponsored a presentation on the remarkable history and stewardship efforts of the Hoh River Trust. Executive Director Mike Hagen explained how the trust was formed to obtain and manage lands along the Hoh between the Olympic National Park and the Pacific Ocean.

Of the roughly 250,000 rivers across the continental US, the Hoh is arguably one of the most unspoiled. It flows virtually intact for 56 miles from its source high in the Olympic Mountain range down to the Olympic National Marine Sanctuary. The river corridor contains what many consider the world’s richest old-growth and temperate rainforests. These ecosystems provide critical habitat for endangered and threatened species including marbled murrelet, spotted owl, and bull trout, along with diverse other wildlife, such as elk, black bear, and cougar. The river itself supports some of the healthiest native salmon and steelhead runs in the “Lower 48.” 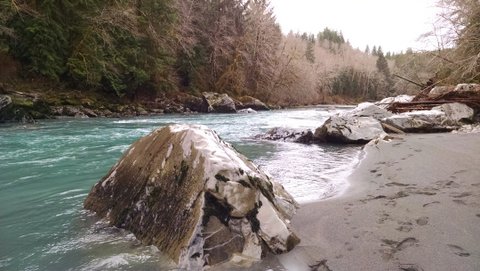 Within the lower reaches of the river, 30 miles beyond the Olympic National Park boundary, some 10,000 acres encompassing a mile on either side of the river are designated “at risk.” Over the last century, much of this area was managed for commercial timber harvest, and it is now in various stages of regeneration. Restoring the vitality and resilience of these lands for the benefit of fish, wildlife, and humans is the mission of the trust. In its short, twelve-year history, the trust has already acquired nearly 7,000 acres. 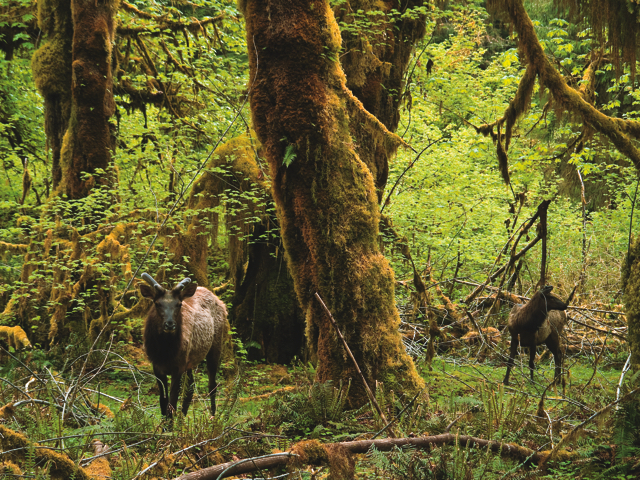 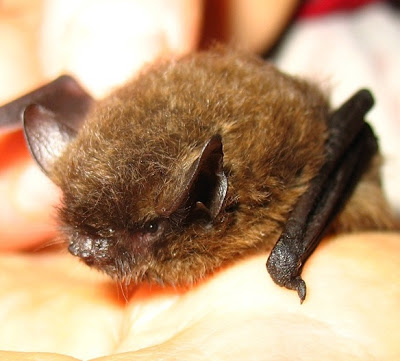 The JLT Natural History Society was pleased to sponsor a presentation on local bats by biologist Sarah Schmidt of Whidbey Island, on May 9, 2016, at the Quimper Unitarian Universalist Fellowship in Port Townsend.

Did you know that Washington is home to fifteen species of bats? Bats are vital players in their native habitats. Many are considered “keystone species” because so many other animals and plants depend on them to survive. Fruit-eating bats disperse vast quantities of plant seeds and are critically important in re-greening damaged lands. Nectar-sipping bats pollinate innumerable plant species, particularly white-blossomed ones. The widespread, nightly consumption of tons of flying insects by bats is an enormous service to humans, their crops, and domestic animals.  And, entire industries have been based on the uses of nutrient-rich bat guano.

Sarah Schmidt is a long-time educator and advocate for the appreciation and protection of bats. She shared stories and photos on bat behavior and adaptations, their importance to the balance of natural systems, and threats to their health and conservation.

For more information on Sarah and our local bats, see this excellent article on “Living with bats on Whidbey Island” at
http://wildwhidbey.blogspot.com/2011/12/living-with-bats-on-whidbey-island.html 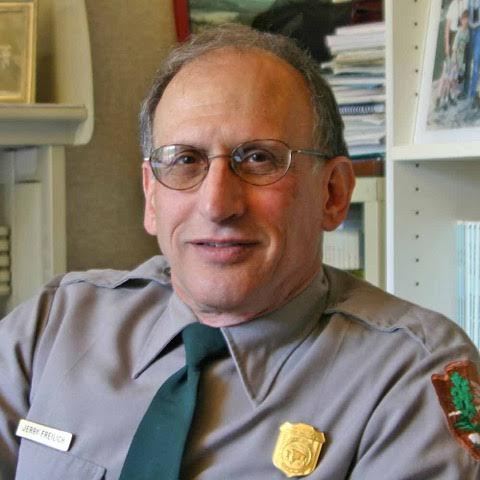 Most people can name perhaps three or four kinds of bees. They are incredulous to learn that there are actually close to 4,000 species of native bees in North America and this does not include honey bees (which are non-native). One of Freilich’s most recent projects was an effort to find and identify as many bee species as possible in Olympic National Park. 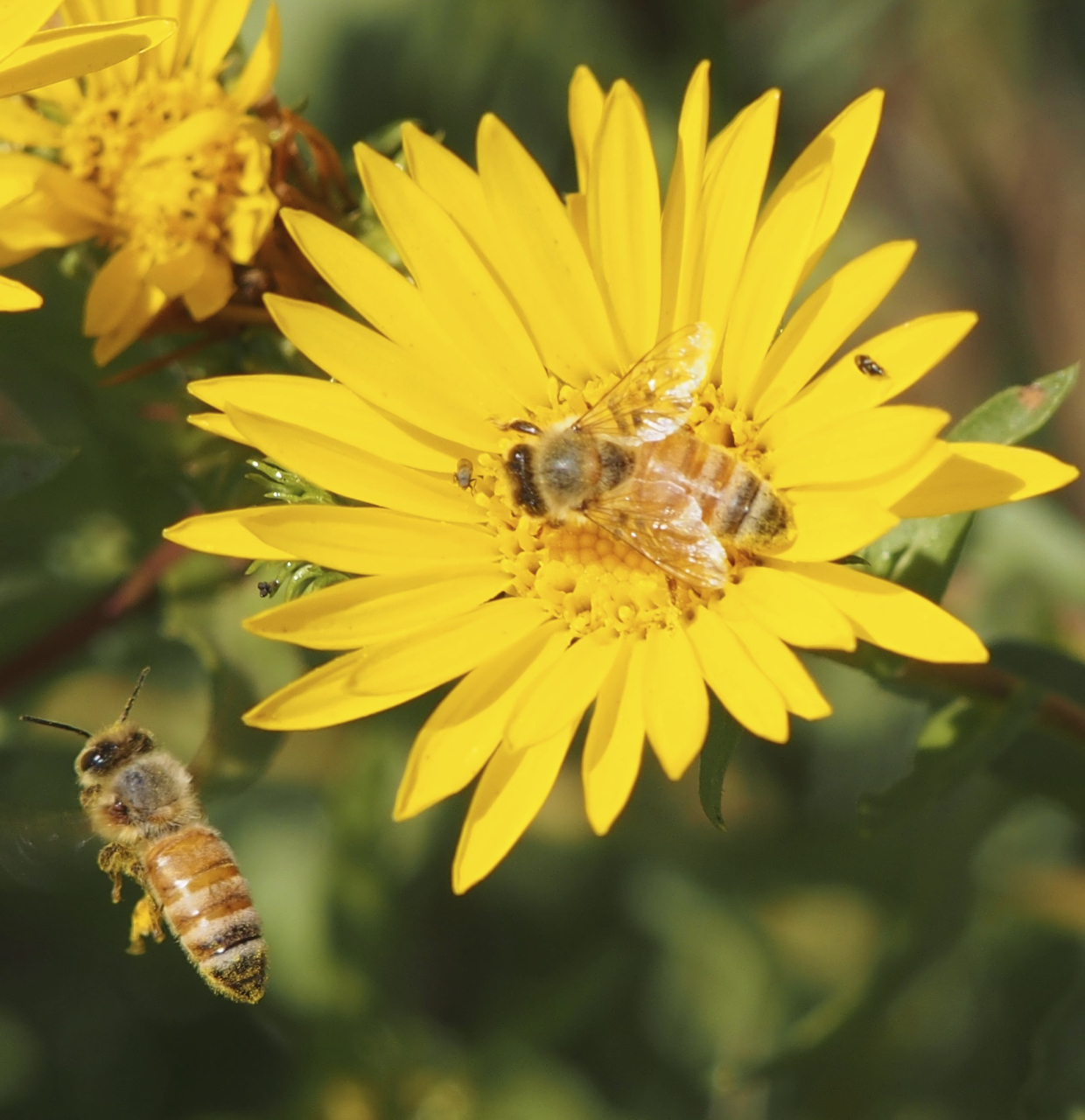 This talk explained why bees are so difficult to study. Most are tiny, fast-flying and inconspicuous. They go about their jobs, don’t interact with people, and generally fly below human radar. 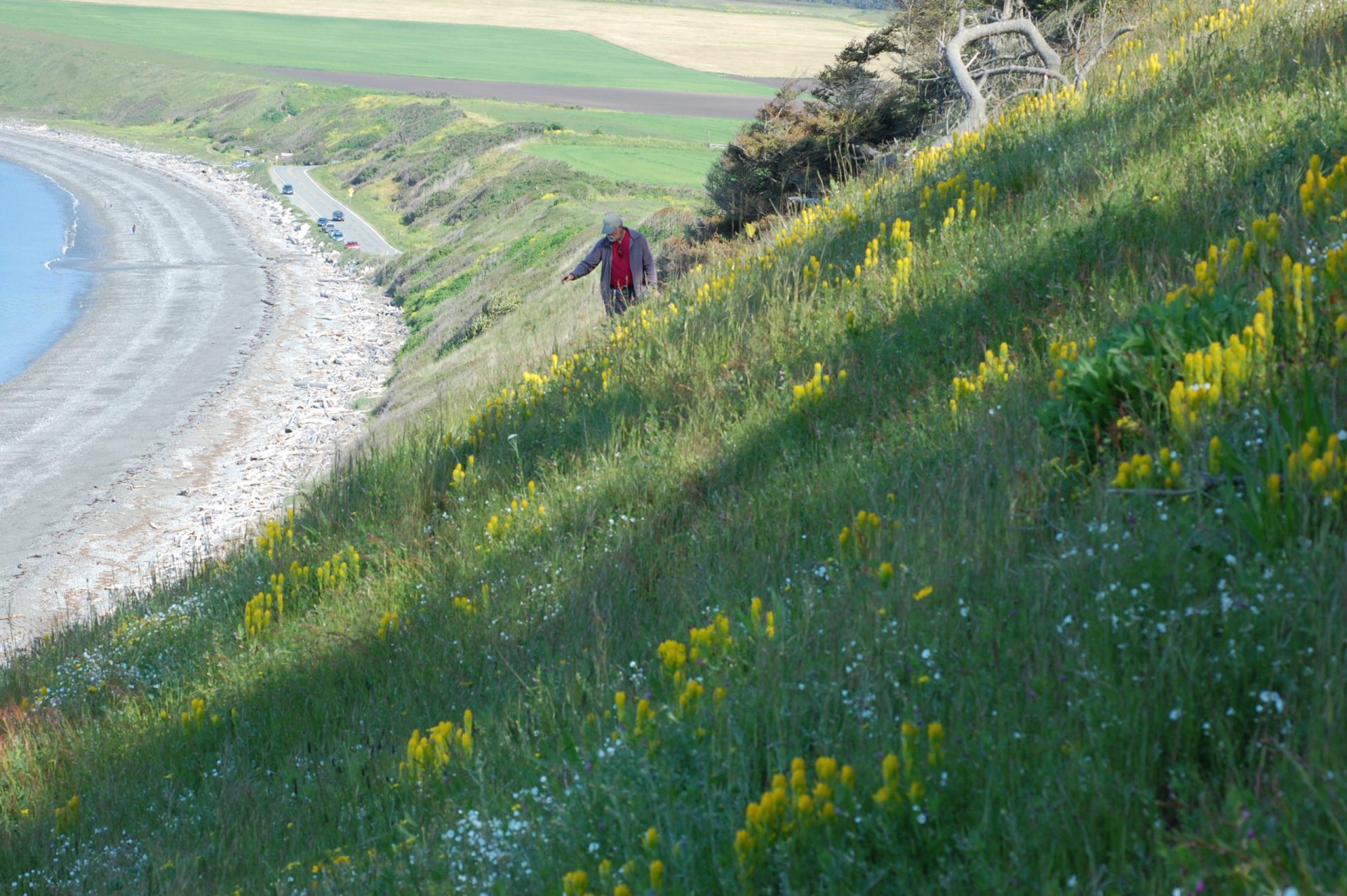 On May 11, 2016, the JLT Natural History Society sponsored a presentation on the biology of the golden paintbrush and the sometimes controversial process of its recovery. Two longtime champions for plant conservation shared their knowledge: Joe Arnett, rare plant botanist for the Washington Natural Heritage Program for ten years; and his botanist predecessor, Florence Caplow, who currently serves as the ministerial intern at the Quimper UU Fellowship.

What does it take to rescue an iconic plant species from extinction? Golden paintbrush (Castilleja levisecta) once thrived on rocky shorelines and in prairie remnants from Vancouver Island to Oregon’s Willamette Valley. But by 1997 its numbers had dwindled to only a dozen small, scattered populations, and it was listed as threatened under the Endangered Species Act. 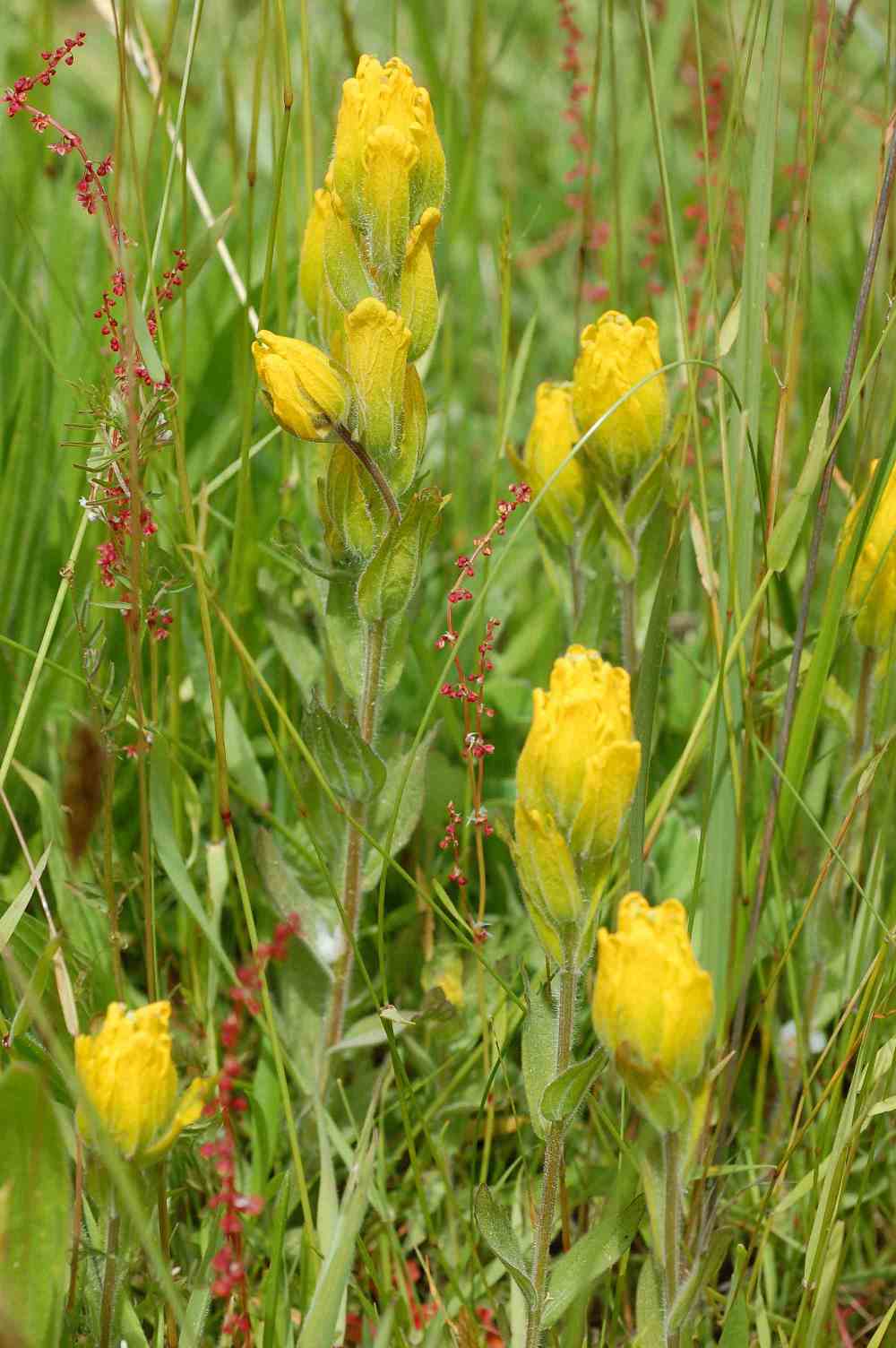 Since then, government agencies, conservation organizations, and individuals have made enormous strides in restoring golden paintbrush throughout its historical range. Using seeds sourced from wild populations and generous funding from the US Fish & Wildlife Service, thousands of plugs have been grown and out-planted since 2002. As a result, many wild populations have flourished substantially, and new populations have been started at nearly thirty new sites.

Arnett’s recently compiled data on golden paintbrush numbers show that the species global population now stands at more than 185,000 flowering plants—a strong testimony to the success of the intensive efforts to reestablish this remarkable native plant in the Pacific Northwest.

The Success Story of the Golden Paintbrush

Golden paintbrush (Castilleja levisecta) is the “golden”member of the genus Castilleja, commonly known as Indian paintbrush. Populations of this species once extended from coastal bluffs and islands of the Salish Sea, north to British Columbia, and south to the Willamette Valley of Oregon. The lemon yellow bracts envelope the less conspicuous greenish flowers; this gem favored our native prairies and grasslands.  Unfortunately, open space was the first choice for agricultural conversion and development. As a result, golden paintbrush is now listed on the federally threatened species list.  Only twelve native populations of C. levisecta remain within its historic range.  Like other members of this genus, golden paintbrush is partially parasitic, connecting its roots to the root systems of other plants to acquire water and nutrients. Providing the right host and conditions adds to the restoration challenge. The good news is that successful restoration efforts are underway in Washington, Oregon, and British Columbia. 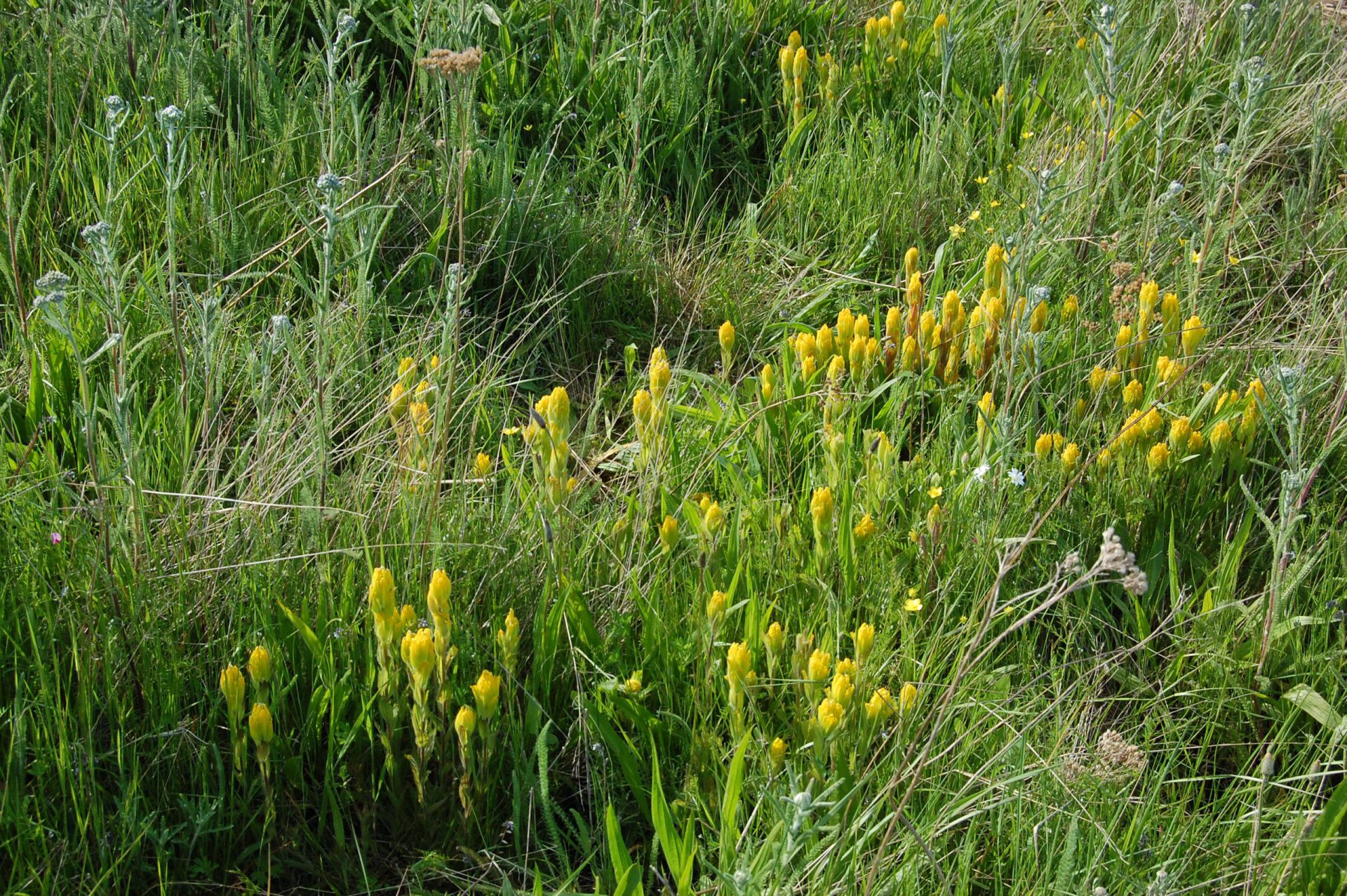 Historic records indicate two populations of C. levisecta (1890 and 1900) in Port Townsend and Port Ludlow. The Olympic Peninsula Chapter of Washington Native Plant Society was involved with a reintroduction project in 2004. Beth Lawrence, a graduate student of the Oregon State University chose Kah Tai Prairie Preserve as one of her test sites; the remainder were in Oregon.  Lawrence collected seed from six of the remaining twelve native populations.  Nursery-grown plugs were then planted at the Kah Tai Prairie Preserve since she considered it geographically closest and the most similar to the remaining populations in terms of geologic history, plant community, and climate.  Unfortunately the population declined rapidly (14 remaining plants in 2009), and only one viable, but healthy, plant remains today from the 200 plants introduced.  The origin of the seed source for our lone viable plant is the Rocky Prairie Natural Area Preserve in Thurston County, which is now managed by Washington State Department of Natural Resources (DNR).

Naas/Admiralty Inlet Preserve on Whidbey Island is an example of a successful and concentrated reestablishment effort. The Preserve is owned and managed by the Whidbey Camano Land Trust and a conservation easement is held by the DNR. Extensive restoration of C. levisecta is being conducted in partnership with the US Fish & Wildlife Service. Naas Preserve includes eight acres of coastal grasslands and two-thirds of a mile of bluff shoreline on Admiralty Inlet and is located between two other existing golden paintbrush populations on separate, protected sites. In addition to site preparation and maintenance, volunteers have planted approximately 7,093 plants. The total 2014 population count for Nass Prairie/Admiralty Inlet Preserve is 2,987, which includes 658 naturally occurring plants. The reestablished population will form a genetic and pollination link between these populations, likely increasing the genetic viability of all three populations. 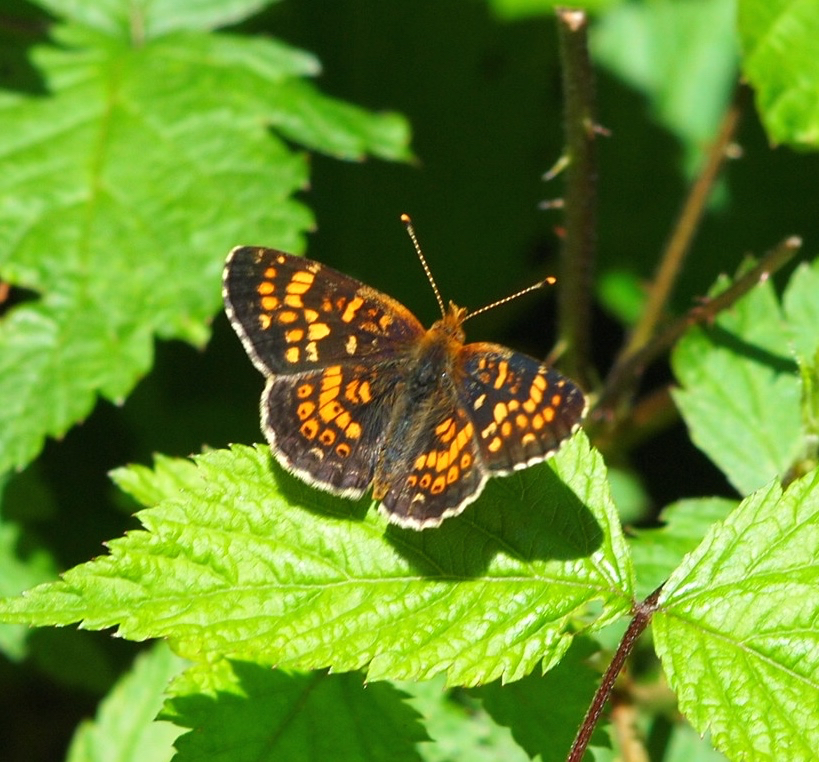 JLT Natural History kicked off its 2015 season of evening programs on January 12 with a dazzling presentation by the award-winning Washington writer and naturalist, Robert Michael Pyle. His topic, “Butterflies of the Rain Forest and Rain Shadow,” was lushly illustrated with photos and lore amassed over his decades of studying butterflies and aiding in their conservation around the world.

Butterflies live at the pleasure of the weather and the climate, so how particular species adapt to temperature and rainfall, and interact with their companion plants, influences which varieties people are likely to encounter on outings, Pyle notes. Bob introduced the audience to many of the butterfly characters that grace our region, both those adapted to the wet western greenwood—including beauties inhabiting areas around Jefferson County—and species that thrive east of the Cascades, where the rainfall drops off.  He also discussed how the changing climate is already altering the diversity and numbers of Northwest butterflies. 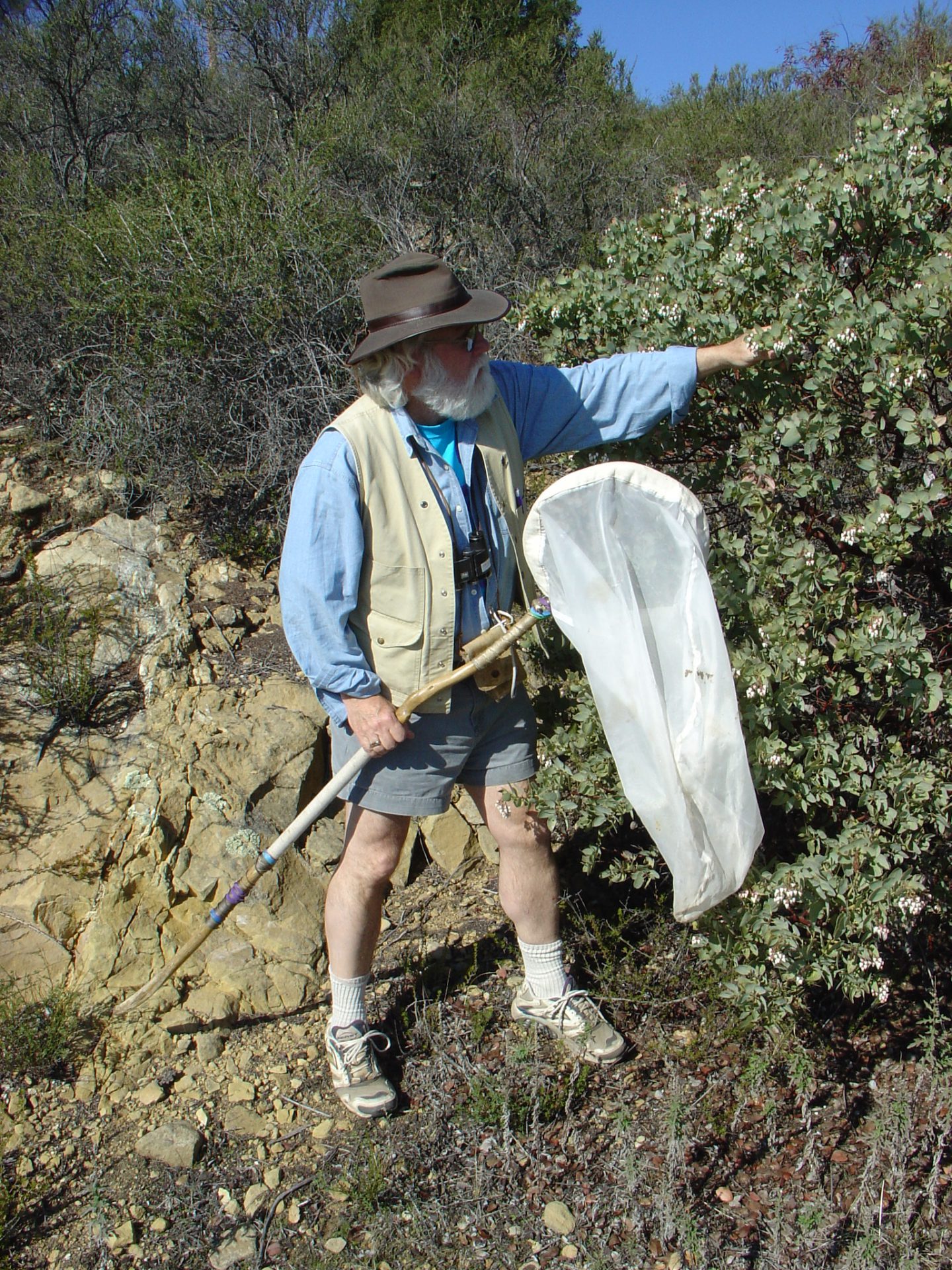 Highly acclaimed as the author of the definitive guides, Butterflies of Cascadia and the Audubon Society Field Guide to North American Butterflies, Pyle has published sixteen other nonfiction books, as well as hundreds of articles, essays, stories, poems, and scientific papers. His rich academic background in natural history, ecology, and conservation have supported his leadership in a host of conservation projects and organizations. In 1971, he founded the international Xerces Society for Invertebrate Conservation and later chaired its Monarch Butterfly Project. He also served as founding chairman of the specialist group within the International Union for the Conservation of Nature (IUCN) that focuses on Lepidoptera, the scientific order encompassing moths and butterflies. Closer to his home base in Gray’s River, Washington, Pyle work as Northwest Land Steward for The Nature Conservancy. For his expert work on butterfly ecology and conservation Pyle has earned numerous prestigious awards.

Wearing his other career cap, Pyle has lectured and taught environmental and place-based writing and field courses worldwide. In recent years he has served as a visiting professor at Utah State University and the University of Montana, and in the 1990s he was on the faculty of nature writers that criss-crossed the U.S. on “The Forgotten Language Tours”, sponsored by Orion, the literary nature magazine.

This JLT Natural History Society event took place at the Port Townsend Cotton Building on Water Street. The presentation was free and open to the public.